Floyd Mayweather vs. Logan Paul: What to Watch in the Fight

Mayweather and Paul headline a pay-per-view card with an eight-round exhibition fight. The card begins at 8 p.m. Eastern and the main event is expected to happen around midnight.,

Yes, this card does feature something for serious fight fans, a middleweight bout between former 154-pound champion Jarrett Hurd and Luis Arias, a former protege of Mayweather’s.

As a junior-middleweight, Hurd was a forward-moving pressure fighter who unified titles by wearing opponents down with his size — he’s 5-foot-11 — and persistence. The formula worked until it didn’t. In May 2019, Julian Williams dropped Hurd, and then won a 12-round decision to take his titles. Sunday night brings Hurd’s second bout since that loss.

Early in his career, Arias was a highly-rated prospect fighting under the Mayweather Promotions banner, but in his last three fights he has a draw and two losses. Arias, who grew up in Milwaukee, recently relocated to Las Vegas, where he trains with famed Cuban coach Ismael Salas, who specializes in revitalizing fighters who have fallen into slumps.

If both fighters perform well, it’s an attractive matchup for serious fans, but could provide enough fireworks for viewers who didn’t tune in for craft.

You’re going to watch Jarrett Hurd fight, realize he’s not that fast, and wonder how he got the nickname “Swift.” Zero connection to boxing. His mom gave him the name because he enjoyed cleaning the kitchen floor with a Swiffer Sweeper. Seriously.

The 43-year-old retired N.F.L. player fought from a southpaw stance and flashed a fast jab in his exhibition fight against Brian Maxwell, a journeyman fighter with bare-knuckle boxing and mixed martial arts experience. But Johnson looked clueless in exchanges, and often ran from incoming punches.

For three-and-a-half rounds, it didn’t matter. Maxwell, for all his fighting experience, looked clueless fighting under Queensberry Rules, unable to cut off the ring on Johnson, or to sustain much offense. They delivered a bout every bit as slow and sloppy as viewers could expect from two nonboxers.

But in the fourth round, Johnson chose to trade punches — and paid for it. A wild right hook from Maxwell knocked Johnson to the canvas, proving the 33-year-old from Roanoke, Va., was a little less of a novice than his celebrity opponent.

Johnson, who trained with world champions Jermell and Jermall Charlo, gave an honest self-assessment in the ring afterward.

Then he called out the Ultimate Fighting Championship fighter Conor McGregor.

Terrell Owens made an appearance ringside, and Brandon Marshall was in the booth earlier. Along with Johnson, that’s quite a 2007 Pro Bowl wide receiver lineup.

Johnson’s “I Am Athlete” podcast episode this week is going to be a must-watch.

It’s an exhibition, so no official result. But Maxwell had a knockdown in the last round.

Brian Maxwell knocks Chad Johnson to the mat in the fourth and final round! Johnson hopped up for the final 30 seconds, but looked unsteady on his feet. 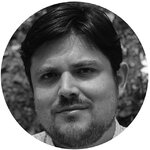 At this rate, Chad Johnson might make a pretty attractive opponent for Jake Paul.

Some wild swinging, including a number that connected, from both fighters in the first round. I can’t believe I’m typing this, but I think Johnson won the round?

Chad Johnson once raced a horse, and he trained with a professional soccer team during the N.F.L. lockout, so what’s a boxing match?

The exhibition bout is scheduled for four rounds of 2 minutes each.

Mayweather and Paul aren’t the only big names fighting Sunday. Former N.F.L. wide receiver Chad Johnson will make his boxing debut with an exhibition against Brian Maxwell to start the pay-per-view card.

Johnson, 43, played 11 seasons in the N.F.L., being named to the Pro Bowl six times and to the All-Pro list twice. He now co-hosts the “I Am Athlete” podcast weekly with another former N.F.L. receiver, Brandon Marshall (who was in the audience as Johnson weighed in on Saturday).

Johnson told ESPN that he incorporated boxing into his off-season training routine during his N.F.L. career, and he felt confident enough to handle this bout. But he said he anticipates this will be a one-time occurrence.

Who’s up for a Mayweather-Paul prop bet? In the absence of an official result, the folks at BetOnline.ag (which isn’t regulated in the United States) are offering odds on all the places Mayweather might make Paul bleed. Current favorite: a bloody lip.

After 15 months of mostly unexciting matchups without fans, boxing is ready to explode this summer. Here are some of the biggest upcoming fights:

Additionally, a number of other top boxers like Vasyl Lomachenko, Naoya Inoue and Shakur Stevenson all have fights, and an Anthony Joshua versus Oleksandr Usyk bout could be made, too.

There are other combat sporting events beyond boxing, too. The Ultimate Fighting Championship has two title fights on Saturday with Israel Adesanya facing Marvin Vettori for the middleweight title and Deiveson Figueiredo facing Brandon Moreno for the flyweight title. On July 10, Dustin Poirier and Conor McGregor headline a lightweight bout in Las Vegas.

The Floyd Mayweather Jr.-Logan Paul exhibition fight is scheduled for Sunday night at Hard Rock Stadium in Miami Gardens, Fla. The pay-per-view card starts at 8 p.m. Eastern, which you can purchase for $49.99 on Showtime or Fanmio to watch on television or stream through a computer or mobile device.

The announced card for the pay-per-view has four bouts, including the main event between Mayweather and Paul, which will likely happen about midnight Eastern, depending on the previous fights and other entertainment. The other announced bouts are:

As many as 25,000 fans may watch the fight live, and Leonard Ellerbe, chief executive of Mayweather Promotions, said in the week leading up to the fight that tickets were likely to sell out.

Floyd Mayweather Jr., 44, is viewed as one of the greatest boxers of all time, known for his evasive style and for suffering minimal damage in fights. He turned professional at 19 and needed only two years to win his first title. Notable opponents he has faced include Oscar De La Hoya, Canelo Alvarez and Manny Pacquiao.

Outside the ring, Mayweather frequently flaunts luxury cars, clothes, jewelry and other aspects of a lavish lifestyle built on the wealth he has accumulated as one of the world’s highest-paid athletes. Mayweather, nicknamed “Money,” claims he has made $1.2 billion in his career. In 2012, Mayweather spent two months in prison for assaulting Josie Harris, the mother of three of his four children.

Logan Paul, 26, grew up in Ohio with his brother, Jake, 24, and played football and wrestled in high school. He soon amassed a large following on the video sharing app Vine. His profile rose so dramatically that he dropped out of college to pursue a career as an entertainer, supported by money he had earned through advertisements and paid posts.

In 2018, Paul drew harsh backlash for posting a video that showed a dead body hanging from a tree in a Japanese forest known as a destination for suicide victims.

Mayweather retired in 2017 after boxing Conor McGregor, the Ultimate Fighting Championship star, and fought a beyond easy exhibition against the Japanese kickboxer Tenshin Nasukawa in 2018. But the thought of fighting Paul, whom Mayweather considers easy prey, lured the boxer to a fresh spectacle, thanks to the social media star’s fan base creating the potential for a hefty payday — which Mayweather has likened to “a legalized bank robbery.” (Paul is 0-1 as a professional boxer and has been training for this bout in Puerto Rico in hopes of a better showing.)

At a May news conference at Hard Rock Stadium, things intensified when both men took jabs at the other’s ugly controversies — and in turn, the combatants later spun up vague reflections on their own misdeeds to sell the fight.

Mayweather said he would gladly fight Paul’s brother, Jake Paul, in a double feature on the same night. In recent months, the younger Paul knocked out the former N.B.A. player Nate Robinson and the former U.F.C. fighter Ben Askren.

After the news conference, Jake confronted Mayweather, removing the boxer’s white cap from his head, which led to a crowded brawl with Mayweather and his entourage. Mayweather, visibly upset, said the act was disrespectful. Paul, in a documentary produced by Showtime, sarcastically thanked his brother for “selling his fight.”

Jake Paul recently signed a multifight deal with Showtime and announced his next opponent, the former U.F.C. champion Tyron Woodley.

There will be a stark size difference when the fighters enter the ring. Floyd Mayweather Jr. is 5 feet 8 inches tall and normally fights around 150 pounds. Logan Paul is 6 inches taller and officially weighed 199.4 pounds in his first professional fight. When the fighters weighed in on Saturday, there was a nearly 35-pound difference: Mayweather weighed 155 pounds and Paul weighed 189.5.

The exhibition bout will be eight rounds lasting 3 minutes each with no judges, Florida’s Department of Business and Professional Regulation told ESPN. Stoppages, such as a knockout, will be allowed and determined at the discretion of the referee. Both fighters will wear 10-ounce gloves and no headgear.

The setup has many similarities to what was in place in November when Mike Tyson fought Roy Jones Jr. in California.

The modifications to the rules — and the fact that the event is far more focused on the entertainment than the competition — prompted most sports books based in the United States to not offer wagering on the bout. In the United Kingdom, however, Mayweather is a heavy favorite, and many experts have expressed the view that the fight will go however he wants it to go.