President Biden and the first lady seemed relaxed, and there were no obvious diplomatic breaches., 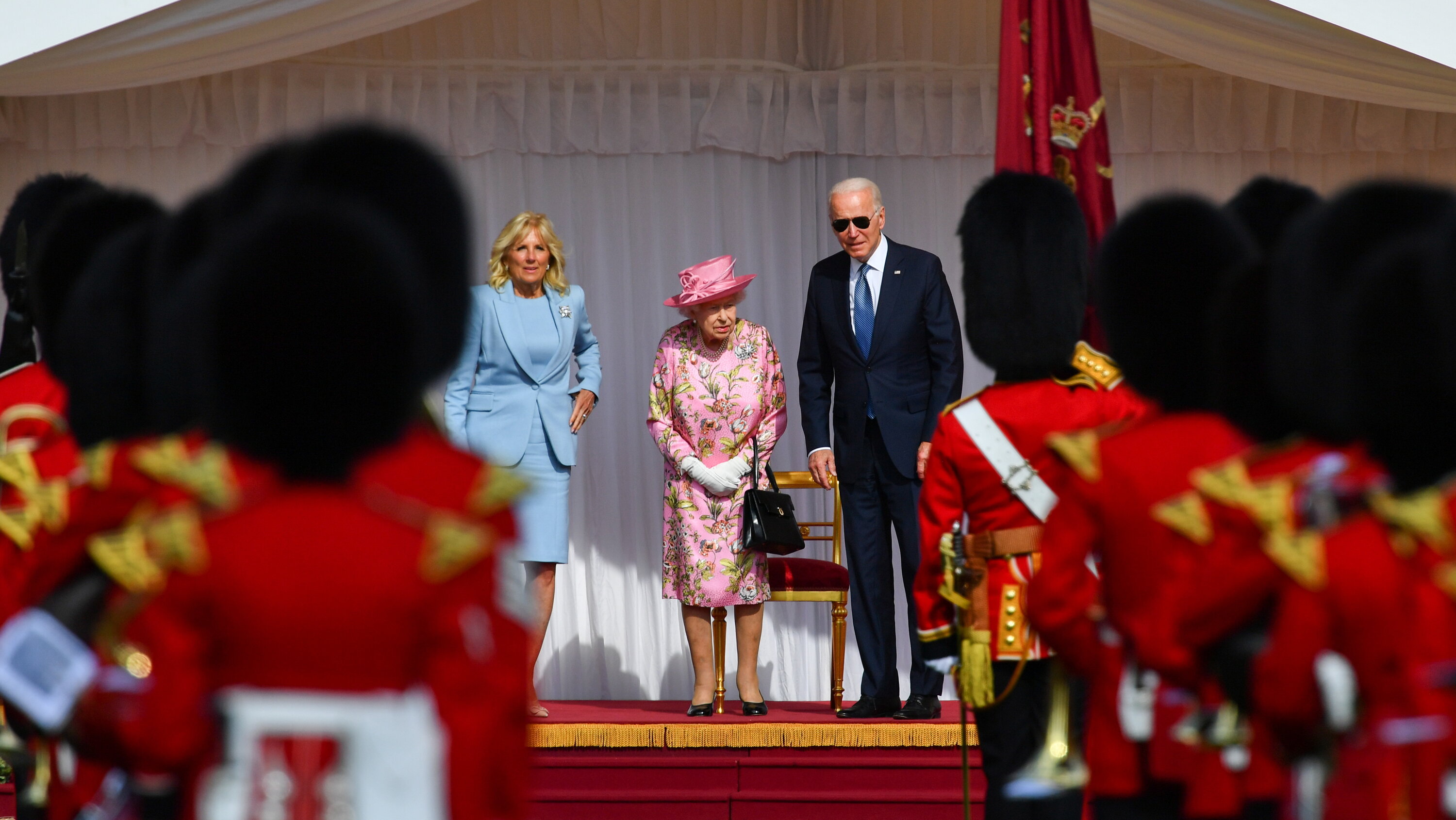 CARBIS BAY, England — Queen Elizabeth II was a spry presence at the Group of 7 meeting in Cornwall, England, on Friday, wisecracking during a group photo with world leaders and cutting a cake with a sword. But on Sunday, when she welcomed President Biden and the first lady, Jill Biden, to her own home, Windsor Castle, it was a very private visit, with cameras and reporters kept well away.

Mr. Biden and the queen inspected an honor guard of grenadiers in the castle’s sun-splashed quadrangle before retiring inside for tea. The queen has sought refuge at Windsor since moving from Buckingham Palace early last year as the coronavirus pandemic was bearing down on Britain.

It was Mr. Biden’s last meeting before he left for Brussels, the next stop in his European tour. And it was a gentle coda to a visit that featured an ice-breaking meeting with Prime Minister Boris Johnson, whose pro-Brexit government was once seen as more ideologically in sync with Mr. Biden’s predecessor, Donald J. Trump.

Mr. Johnson praised Mr. Biden as a “breath of fresh air” and said he and the president were “completely on the same page” on issues like climate change and education for women and girls. Mr. Biden’s economic program, he said, even bore “some resemblance” to his government’s “leveling up” agenda, which aims to develop economically disadvantaged parts of the North of England.

Still, on every presidential visit to Britain, it is the meeting with the queen that most symbolizes what diplomats on both sides still reflexively call the “special relationship” — a term Mr. Johnson recently said he did not care for because it made Britain sound needy.

At a reception in Cornwall on Friday, Mr. Biden and wife looked relaxed as they chatted with the queen, who turned 95 in April. Earlier, she drew laughs during a stilted, socially-distanced group photo by asking, “Are you supposed to look as if you’re enjoying yourself?”

It was a happy contrast to the bereaved figure who sat alone in a choir stall at St. George’s Chapel at Windsor three months ago, during the funeral of her husband, Prince Philip.

“We had a long talk,” Mr. Biden told reporters after the meeting. “She was very generous.”

“I don’t think she’d be insulted but she reminded me of my mother,” he added. “In terms of the look of her and just the generosity.”

With the exception of a single representative, reporters who travel with the president were not given access to the grounds once Mr. Biden arrived from Heathrow Airport on his helicopter, Marine One.

The president has met the queen before, but not since 1982, when he was a senator on a trip sponsored by the British-American Parliamentary Group, which promotes relations between Parliament and the U.S. Congress.

The two are not an obvious match: Mr. Biden celebrates his working-class roots and Irish American heritage. In his first speech after landing in Britain on Wednesday, he invoked a passage from a favorite poem, “Easter, 1916,” by William Butler Yeats, about the Irish uprising against British rule.

But the two have a shared experience of loss: Mr. Biden’s first wife, Neilia, and a daughter were killed in a car crash soon after he was elected to the Senate in 1972. In 2015, his eldest son, Beau, died of brain cancer. The queen’s husband, Prince Philip, died on April 9 at the age of 99, just shy of his 100th birthday.

“Today would have been Prince Philip’s 100th birthday,” Mr. Biden said on Thursday, offering condolences to the queen and her family. “I know there are a lot of people feeling his absence today.”

The death of Philip prompted some to speculate that the queen would retreat from the public eye. But she has been quite visible in recent weeks, presiding over the state opening of Parliament and traveling to Cornwall to take part in a reception with Mr. Johnson, Mr. Biden, Chancellor Angela Merkel of Germany and other leaders.

At a lunch on Friday, she was handed a ceremonial sword to slice a cake, which she handled gingerly. Told by an aide that there was a regular knife nearby to do the job, the queen snapped, “I know there is — this is more unusual.”

After nearly seven decades on the throne, the queen has met every American president since Harry S. Truman, save Lyndon B. Johnson, and has been exposed to a range of presidential gestures, quirks and the odd faux pas.

She shared a scone recipe with Dwight D. Eisenhower, joked about wayward sons with Gerald R. Ford, discussed horses with Ronald Reagan, went to a baseball game with George H. W. Bush and ribbed his son, George W. Bush, for a slip of the tongue in which he suggested she had been around for America’s independence in 1776.

Few encounters, however, compared to her meeting with Mr. Trump in 2018. The president appeared to step directly in front of the monarch while the two were inspecting the honor guard at Windsor Castle, forcing her to step around the president. The image set off a social-media storm, with royal commentators one-upping each other about the gravity of the breach in diplomatic protocol.

The offhand treatment did not seem to hurt Mr. Trump the next time he visited in 2019. The queen threw an extravagant state banquet for him at Buckingham Palace, and afterward, the president said he and Elizabeth had “automatic chemistry” and that he had been told she had never had a better time at such an evening.

“She’s a spectacular woman,” he said to Fox News.